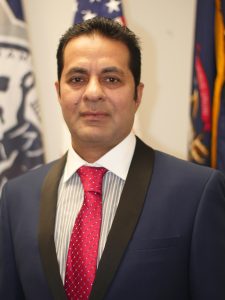 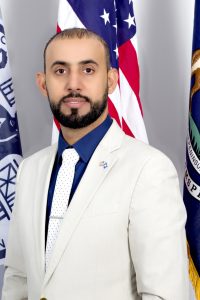 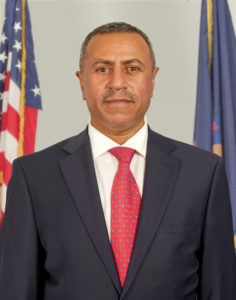 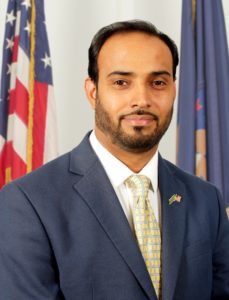 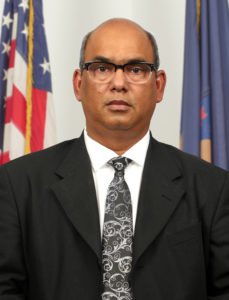 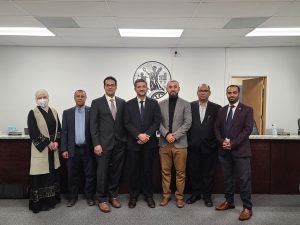 Notice issued in accordance with the Michigan Open Meetings Act.
NOTE: Anyone planning to attend the meeting who has need of special assistance under the Americans with Disabilities Act (ADA) is asked to contact the City Clerk’s Office at 313-800-5233 ext 821. Staff will be happy to make the necessary arrangements.

(a) The council of the City of Hamtramck shall consist of six city councilpersons, three of which shall be elected every two years for four-year terms. Council members shall be paid annually two percent (2%) of the State of Michigan governor’s salary. Such compensation shall be paid monthly.

(b) Reasonable expenses may be allowed by the council by resolution and budgetary authority when such expenses are actually incurred on behalf of the City, upon proper documentation being furnished in such form and manner as the council shall prescribe for all city employees seeking reimbursement of expenses.

(c) Elected officials shall not be entitled to any fringe benefits.

The legislative authority of the City and all administrative and executive powers not otherwise delegated, are hereby vested in the council.

The regular meetings of the city council shall be presided over by the mayor, who along with the city manager shall establish the agenda for the meetings, or in case of his absence or disability, by the mayor pro tem. The mayor pro tem shall be that councilperson who is selected by the council at their first regular meeting after the effective date of taking office following a general election. The city clerk shall be the clerk of the council. A representative of appointed boards or commissions of the City and department heads shall attend regular meetings of the council at the request of council through the city manager. Except for the purpose of inquiry, the council and each of its members shall deal with the administrative branch of the government solely through the city manager, and neither the council nor any members shall give any order or directions, written or verbal, either publicly or privately, to any of the subordinates of the city manager. The council may act only through resolution or ordinance.

The council shall keep in the English language a permanent, written or printed journal of its proceedings, which shall be signed by the city clerk. The council shall determine its own rules of procedure and may provide by ordinance or resolution for the punishment of its members for disorderly conduct during the meetings.

The council shall further have authority to enact all ordinances and to make all regulations consistent with this charter and the laws and constitution of this State as they may deem necessary for the safety, order, and good government of the City and the general welfare of the inhabitants. An ordinance shall require the vote of a majority of the council- and mayor-elect for passage. The mayor may not propose an ordinance for consideration by the council.

The granting of the City or council of any specific power in this charter shall not be construed as limiting any general granting of powers unless the intention to so limit is clearly indicated.

The City of Hamtramck shall have all power and authority to provide by ordinance or resolution for the appointment or employment by the respective city officers, departments, or boards, of such deputies, assistants, and employees as the city council- and mayor-elect shall deem necessary, and also in resolutions to fix, subject to the provisions of this charter, the compensation and period of appointment or employment.

(a) The city council must meet regularly at least twice in every month, at least fourteen (14) days apart, and at times and places which the city council provides by resolution. Special meetings may be called by the mayor, or by two or more city council members, or by the city manager. An organizational meeting shall be held on the first Tuesday after January 1st at 7:00 p.m. EST. Meetings must be held in accordance with the Open Meetings Act.

(b) The majority of the council-elect, excluding the mayor, shall constitute a quorum for the transaction of business; a less number may adjourn from time to time, and compel the attendance of absent members in such manner as shall be prescribed by ordinance or resolution of the council; and all pending business and business noticed or set down for hearing at any meetings at which there shall not be a quorum present shall be taken up and heard at such adjourned meeting, or at the next regular meeting.

To the extent permitted by State law, the council shall audit and allow all accounts chargeable against the City, but no account or claim or contract shall be received for audit or allowance unless it be accompanied with the certificate of an officer of the corporation or an affidavit of the person rendering it, to the effect that he verily believes that the services therein charged have been actually performed; or the property or goods have been delivered to the city; that the sums charged are reasonable and just; and that to the best of his knowledge and belief no actual set off exists nor payment has been made on account thereof except such as are endorsed or referred to in such account or claim. Every such account shall exhibit in detail all the items making up the amount claimed and the true date of each.