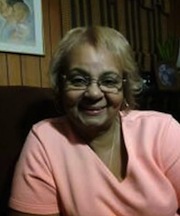 Darla D. Swint, LLPC was called into the Ministry in 1985 and was a member of Corinthian Baptist Church for over 30 years. She was a proud graduate of Hamtramck High School, had an Associate’s Degree as a social work technician, a Bachelor’s Degree in community service, a Master’s Degree in counseling and education, and a Master’s Degree in divinity. Mrs. Swint was a licensed Professional Counselor, a Certified Advanced Addiction Therapist, a teacher of Biblical Studies, and a family and addiction therapist. Mrs. Swint served as a Chaplain in the past, and was the Secretary for the Hamtramck branch of the National Association for the Advancement of Colored People (NAACP), and was an appointee to the Advisory Board of Mayors by Hamtramck’s Mayor, for Child Neglect.

Mrs. Swint was the eldest child of Eloise and Roosevelt Swint, and had four younger siblings. Her parents were reared in Hamtramck and her maternal grandparents were part of the first generation of black Hamtramckans, when it was still a village. Mrs. Swint was a member of the third generation of original Black families in the City of Hamtramck. During her marriage to Cozell Harris, Mrs. Swint toured with her enlisted husband to several Army bases during the time of the Vietnam War and had three daughters: Chelsea (Hugan), Cherri (Walker), Cicily (Charles), and later a son, Benjamin Smith. Mrs. Swint enjoyed her six wonderful grandchildren from her daughters.

Sadly, Rev. Swint passed in 2020 and, while her legacy of service will have a long lasting impact on her community, she is greatly missed by all.

Rev. Sharon A. Buttry, LMSW is a pastor and social worker at the International Hope Center in Hamtramck, Michigan. Rev. Buttry has extensive experience in urban ministry in the United States and has led workshops in social ministry and trauma awareness/recovery in Poland, Italy, India, Nagaland, Ethiopia, Kenya, and Thailand. She earned graduate degrees in ministry and social work in Philadelphia between 1992 – 1996 and was ordained in 1996 via the American Baptist Churches at Calvary Baptist Church of Norristown, PA. Rev. Buttry has been a leader in the Detroit area in Interfaith relationships a grant writer and administrator in Community and Police relations for Hamtramck. She is married to Rev. Dr. Daniel Buttry, a global consultant for Peace and Justice. They are parents of three adult children residing in Michigan and Georgia. Rev. Buttry’s interests include gardening, painting, and adventure camping.

Rabbi Yisrael Pinson was born in France and studied in Paris, Brooklyn, and Melbourne Australia where he received his Rabbinical ordination. He is a trained chaplain with a Clinical Pastoral Education from Beaumont Hospital. Rabbi Pinson has experience in substance abuse counseling, and is a staff member at Jewish Hospice and Chaplaincy Network as well as Seasons Hospice in Madison Heights. Founder and Executive Director of Chabad of Greater Downtown Detroit, Rabbi Pinson aims to build relationships and community in the Greater Downtown Area. Rabbi Pinson is married with five children and has resided in the Metro Detroit Area since 2000. 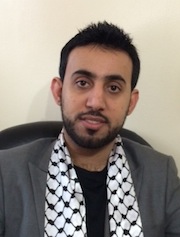 Khalil A. Refai is assistant leader at Islamic Center of Hamtramck. He attended Kosciuszko middle school and Hamtramck high school and then he graduated from Al-Iklas Training Academy a private Islamic school. He is now pursuing a major in Criminal justice. He is the son of Abraham Mohamed Al-Refai one of the founders of the largest Mosque named Iman Islamic Complex (Masjid Muath Bin jabal) that was established in 1970. The center is located on Miller St. which borders Hamtramck and Detroit. His family are traced to descendant of the Prophet Muhammed (peace be upon Him) through his grandson Hussein Ibn Ali the son of the prophet’s daughter Fatima and his son-in-law Ali Ibn Abi Talib. Then they trace their lineage to Banu Hashim, a clan from the tribe of Quraish that traces its lineage to Adnan and thence to the Prophet Ismael the son of the Prophet Ibrahim (peace be upon Him). He is one of the youth coordinators and advisors for the Muslim community in the Hamtrmack – Detroit area. He also served as school board for Al-Iklas Training Academy. He has severed the community more than 10 years helping in sport activities, educational-outreach programs, and drug prevention programs. He still is serving the people, specifically the youth within Hamtramck-Detroit area. He is married with two blessed daughters Ashgan and Zainab.