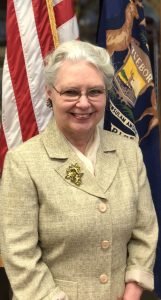 A native of Chicago, Karen Majewski received her B.A. and M.A. in English and taught in Illinois, Missouri, Minnesota, and North Carolina before moving to Michigan in 1988. The first member of her family to attend college, she earned her Ph.D. in American Culture from the University of Michigan, where she specialized in the study of immigration and ethnicity. As a graduate student, she lived just over the Hamtramck border in Detroit, and settled in Hamtramck proper in 1998, where she lives with her husband, cartoonist Matt Feazell.

Mayor Majewski is a former executive director of the Polish American Historical Association and on the board of the Dekaban Foundation. In 2001 she organized the Detroit Historical Museum exhibit, The Polish Presence in Detroit, and her award-winning book, Traitors and True Poles: Narrating a Polish-American Identity, was published in 2003. She continues to publish regularly, is a frequent speaker at conferences, and is employed by the Community Economic Adjustment Program at the University of Michigan’s Institute for Research on Labor, Employment and the Economy.

Karen Majewski began public service on the City of Hamtramck’s Historical Commission. She served on city council and as city council president and mayor pro tem before being elected Hamtramck’s first woman mayor in 2005. She was re-elected in 2009, and again in 2013. She sits on the Board of Wayne-Metropolitan Community Action Agency and of the Michigan Suburbs Alliance. She is Vice President of the Michigan Municipal League.

State of the City 2012 Address and Images

Email Mayor Karen Majewski at kmajewski@hamtramckcity.com or use the following form.