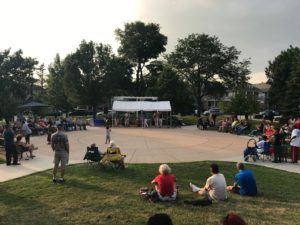 Zussman Park is located across from City Hall, between Yemans and Evaline. It features benches, picnic tables, a Little Free Library, and hosts a number of community events throughout the year. 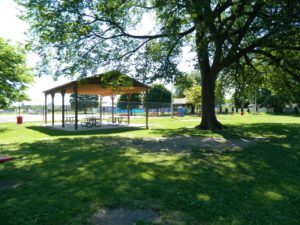 Veterans Park, which fronts on Joseph Campau south of Goodson, is Hamtramck’s largest park. It features a paved exercise trail, playground equipment, the veterans’ memorial (including the grave of Hamtramck’s namesake, Col. Jean-Francois Hamtramck), several historical markers, and facilities for tennis, futsol, soccer, volleyball, and more! It is also home of Historic Hamtramck Stadium, and is part of the Hamtramck Parks Conservancy. 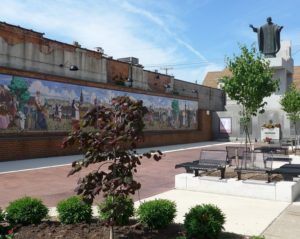 Pope Park is located on the corner of Joseph Campau and Belmont. It features seating areas, a statue commemorating the visit of Pope John Paul II to Hamtramck, and a mural.

Holbrook Garden Park is located on Alice Street near Holbrook School. It features a Little Free Library, benches, and a small pavilion. 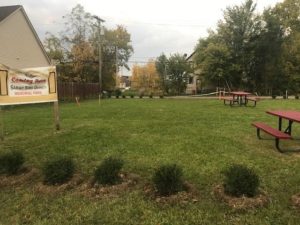 Sarah Garrett Park is located on Dequindre, west of I-75. It is currently under development, and will feature picnic areas, seating, and more!

Salam Peace Park is located on Trowbridge between Brombach and Lumpkin; it is a pocket park that will feature several amenities on a single formerly residential lot. It is currently under development.